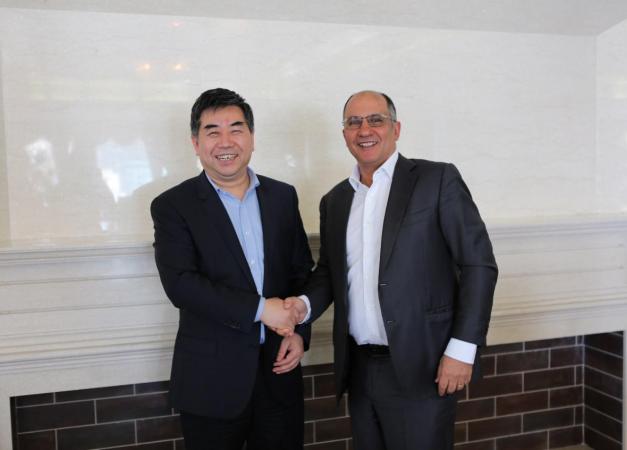 Swiss-based gold trader MKS (Switzerland) SA has picked up first-place rankings from the Shanghai Gold Exchange (SGE), having been named the top gold trader and best international performer on the Chinese gold market in 2016.

The names of the best international traders on the Chinese gold market last year were announced on Monday in Shanghai, during a ceremony held at the Bund Hotel that brought together influential players from Asian financial markets.

MKS won twice in the Shanghai Gold Exchange’s rankings, first for the quality of its service and secondly for its performance last year. Specifically, it took home the following awards:

The Shanghai precious metals exchange has swiftly become a reference in the global market place for gold trading after forming as recently as 2011 and accepting foreign companies only in 2014. Today, it ranks as an alternative to the long-standing New York and London markets.

In his address, Mr Jiao Jinpu, SGE Chairman, stated “the ranking testifies to Swiss excellence in services provided and standards implemented”. He added: “We are especially pleased with our cooperation with MKS, which is strengthening the SGE’s internationalization process. Together, we are jointly promoting the development of China's gold market.”

Mr Marwan Shakarchi, Chairman of MKS (Switzerland) SA, had the following to say: “As a member firm of the Shanghai Gold Exchange, we are first and foremost honoured to participate in the development of the precious metals sector in China. These distinctions reflect our global commitment to federating our industry for the sake of the future.”

Companies part of the MKS PAMP GROUP have regularly received accolades around the globe, such as the prestigious LBMA Precious Metals Forecast Award in the Gold Category.

The full press release is available on website of the Shanghai Gold Exchange.